Skip to main content
To provide you with the best experience, Casa la Concha Boutique Hotel uses its own and third-party cookies on its website for technical, analytical and marketing purposes. By continuing to browse our site, you are agreeing to our use of cookies. Please consult our Cookie Notice for more information.

Festival of the Luna Mora 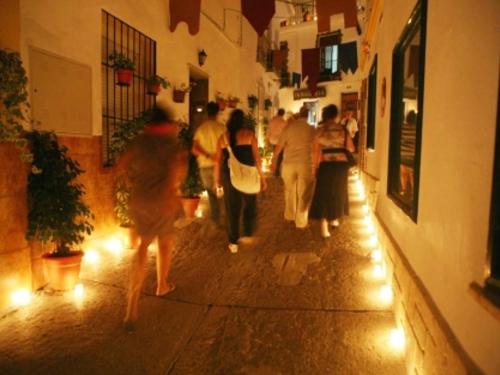 In the month of September, the village of Guaro becomes a meeting place at the weekends for andalusí music and culture, to show the cultural and historic relationship between the three main religions: Christian, Muslim and Sephardire Jews, that lived here in Medieval times.

The old part of the village is lit by 20.000 candles, the Moorish, Andalusi and Sephardite music takes over the streets and plazas where you can hear the music that was played five centuries ago.

In the main village square there is a medieval zoco craft market that is also lit by candlelight, that is open from early in the morning through to late at night selling their craft products. They dress in period costume to sell their wares and offer the customers Moorish cakes and green tea.

During these two weekend there are aslo concerts in the Villa de Guaro.

(The information was retrieved from here)